A Brief and Unromantic History of Valentine’s Day

Today Valentine’s Day is a time to celebrate love.  Typically celebrated with flowers, candy, and expensive dinners at crowded restaurants.  However, this holiday did not start out being quite so lovey dovey.  In fact, the history is a bit confusing in parts and pretty gruesome in other parts.

Valentine’s Day from the Romans

In fact, Romans under the rule of Emperor Claudius II executed two men who were both named St. Valentine on the infamous date of February 14.  However, these executions were in different years during the 3rd century.  Notably, while no one can state unequivocally which is the actual date or which is the actual St. Valentine being martyred.  However, this did not stop the Catholic Church from creating a celebration of St. Valentine’s Day to honor one of these assuredly fine men.

Roman history does not stop there though!  Another place to start to narrow down he origins of Valentine’s Day in Roman history is with a Feast celebration..  The date of the Roman celebration of the Feast of Lupercalia was celebrated between February 13 and February 15.  Apparently, in a not so romantic ceremony, men would sacrifice a goat and a dog (not sure how Rover got involved), and after that they would take the animal skins of the animals they had sacrificed and whip women with pelts.

Also, very romantically, the men would probably be inebriated and they may well have been not wearing any clothing according to some sources.  Believing this rite would make them more fertile, young women would line up to receive this treatment from naked, drunk men.

Reportedly, there was also a bit of matchmaking going on during this ceremony.  The men would draw a name out of a vessel and the new couple would “hook-up” during the ceremony.  This might last much longer if it was a good match.  Not too different than current rituals, I might add!

Valentine’s Day from the Normans

In addition, around the same time of year the Normans had a celebration referred to as Galatin’s Day.  Apparently Galatin actually means “lover of women” so this may have caused some confusion as the words Galatin and Valentine seem somewhat similar.

Valentine’s Day from the Poets

As the years progressed, poets Chaucer and Shakespeare did their best to promote the season of love, and it became popular in Britain.  The popularity has only expanded since then.  Today, Valentine’s Day is big business.

My Summation of Valentine’s Day

So there you have it, participate, don’t participate – but whatever you do or don’t do, please do so because it is what you want.  Do not go buy that Hallmark card or overpriced roses if you truly feel like it is a command performance.  While I absolutely love romance, personally, I much prefer to receive flowers when it’s a surprise.  “I was just thinking about you, sweetheart, and got these for you.”  And better yet, “I saw these flowers today and they made me think of you.”  Also, we never celebrate on the day, usually picking another day for a nice meal on the town.

A bottle of wine, a couple of steaks on the grill, Netflix in the background…that spells romance to me!

By the way, I hope we can all agree on one thing.  Let’s keep our goats and dogs out of the whole Valentine’s Day thing, please!

Valentine’s Day or Any Other Time of the Year

Let me know what event in your life would inspire you to have Intimate Sexy Pics by a professional boudoir photographer? Have you ever done this?  Considered it?  Let me hear from you!  However, ff you would like to read a little more about preparing for a boudoir session, try this Guide to Preparing.

Celebrate Your Sexy Self – Shamelessly! 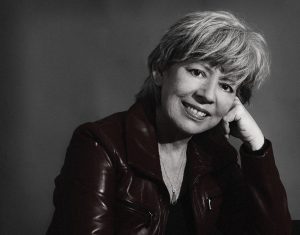 Hi!  I’m Jan!  I am a member of AIBP you can check out my profile on the  site Association of International Boudoir Photographers.  If you would like additional information like a pricing guide, our handy guide to preparing for a boudoir session, or just some information to determine if a boudoir session might be right for you, drop me a line!  I’d love to hear from you!  Naturally, there is absolutely no obligation!  Hey Jan, I’d like some information . . .